World Diabetes Day was created by the International Diabetes Federation and the World Health Organization in response to growing concerns about the escalating health threat posed by diabetes across the globe.

Diabetes, which is a group of conditions characterized by elevated blood glucose (sugar), affects over 30 million children and adults in the United States, which is 1 in 11 Americans. Outside of this, 84 million Americans have prediabetes and are at risk of developing type 2 diabetes; 90% of these individuals are not even aware their blood sugars are elevated. Every 21 seconds someone in the United States is diagnosed with diabetes. If current trends continue, studies project that as many as one in three American adults could have diabetes by 2050.

Outside of the staggering growth of the diabetes epidemic, there are economic implications as well. The total cost of diabetes and prediabetes in the United States is about $322 billion annually, including both direct medical costs and reduced productivity. These costs are a burden on employers as well as employees and continue to increase year after year. For example, the average price of insulin alone has nearly tripled between 2002 and 2013!

Prevention is the key to successfully decreasing these staggering statistics on diabetes, with the focus on type 2 diabetes, which accounts for about 90% of diagnosed cases in the United States. There are many factors that put you at risk for developing type 2 diabetes and unfortunately some of them are out of your control; for instance genetics or race. However, focusing on those factors you can control is the best prevention method:

Excess weight is the single most important cause of type 2 diabetes. Being overweight increases the chances of developing type 2 diabetes seven fold. Being obese makes you 20 to 40 times more likely to develop diabetes than someone with a healthy weight.

Losing weight can help if your weight is above the healthy-weight range. Losing 7 to 10 percent of your current weight can cut your chances of developing type 2 diabetes in half.

Get Moving—and Turn Off the Television

Inactivity promotes type 2 diabetes. Working your muscles more often and making them work harder improves their ability to use insulin and absorb glucose. Studies suggest that walking briskly for a half hour every day reduces the risk of developing type 2 diabetes by 30 percent.

Television-watching appears to be an especially-detrimental form of inactivity: Every two hours you spend watching TV instead of pursuing something more active increases the chances of developing diabetes by 20 percent; it also increases the risk of heart disease (15 percent) and early death (13 percent). The more television people watch, the more likely they are to be overweight or obese, and this seems to explain part of the TV viewing-diabetes link. The unhealthy diet patterns associated with TV watching may also explain some of this relationship.

Tune Up Your Diet

Four dietary changes can have a big impact on the risk of type 2 diabetes:

If You Smoke, Try to Quit

Add type 2 diabetes to the long list of health problems linked with smoking. Smokers are roughly 50 percent more likely to develop diabetes than nonsmokers, and heavy smokers have an even higher risk.

Alcohol Now and Then May Help

A growing body of evidence links moderate alcohol consumption with reduced risk of heart disease. The same may be true for type 2 diabetes. Moderate amounts of alcohol—up to a drink a day for women, up to two drinks a day for men—increases the efficiency of insulin at getting glucose inside cells. And some studies indicate that moderate alcohol consumption decreases the risk of type 2 diabetes. If you already drink alcohol, the key is to keep your consumption in the moderate range, as higher amounts of alcohol could increase diabetes risk. If you don’t drink alcohol, there’s no need to start—you can get the same benefits by losing weight, exercising more, and changing your eating patterns.

Diabetes can be a serious disease and is becoming a problem epidemic in the United States. Prevention is the best medicine; keep these strategies in mind for better blood sugar management! 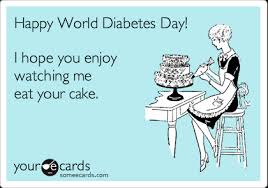